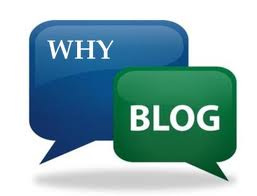 As of this morning there are 59,254,447 Word Press blog sites in the world, Over 390 million people view more than 3.7 billion pages each month, and WordPress.com users produce about 29.2 million new posts and 40.5 million new comments each month according to Word Press Stats , and that’s only Word Press sites, there are many others out there as well.   Wow, that’s a lot of people with a whole lot to say about an unimaginable amount of topics.

I started Uncommon Faith in August of 2012 with my first article titled Pulling Weeds.   Since then I’ve posted 38 articles, had over 2500 views, 47 comments (half are probably mine), and I have about 25 followers (many are my church family).  I am by no means setting the world on fire or blowing people out of the water, but that was not my purpose.

What could I possibly offer the world that has not already been said or thought of?  The simple answer is I don’t know.  I started this out of a desire to Glorify God and have an opportunity to express the things that rattle around in my brain.  I expect the latter is why many people write blogs, I doubt most think that somehow the world is going to fall at their feet asking them to write a book.  I like my simple little articles that I can usually tap out in less than a couple hours a week.  I primarily desire that God’s Word is proclaimed and that Jesus Christ is exalted above all things.

Have I accomplished this goal?

I believe so or else I would quit writing.  I never seem to lack for things to discuss.  Sometimes the topics are lighter and sometimes they are very challenging to me and to others.  Sometimes people voice their opinions and more often they don’t, but the point is they are now out there for everyone that cares to read.  I hope my personal opinion is rarely voiced and God’s Word is exalted high above anything I could ever imagine.  I hope He is the Pearl of Great Price… (Matthew 13:46)

I am nothing outside the hands of the Potter, but through Him I have much value as I proclaim His glory.

So why write a blog?

I began this with a goal of encouraging Believers.  I’ve also found it is useful for evangelism.  I pray God uses it for His purposes and none of my own, this is the reason He saved me.  Not for my benefit, although I benefit, but for His glory.

Ephesians 1:4-6 just as He chose us in Him before the foundation of the world, that we should be holy and without blame before Him in love, having predestined us to adoption as sons by Jesus Christ to Himself, according to the good pleasure of His will, to the praise of the glory of His grace, by which He made us accepted in the Beloved.