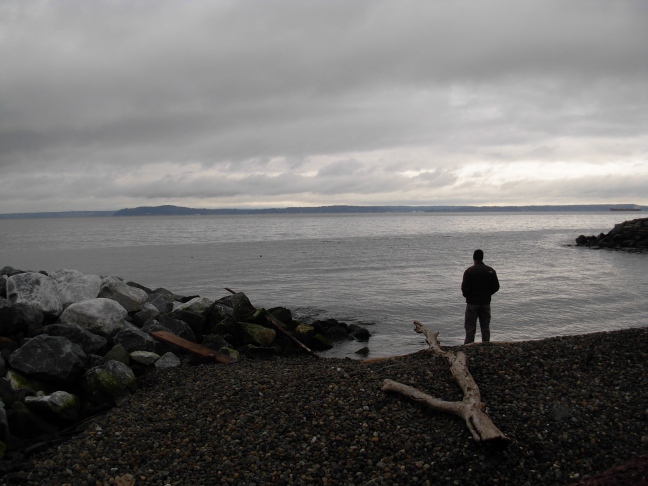 I have a friend that we recently sat down and had breakfast together.  I’ve discussed the gospel often with him and have made attempts at explaining the truth of God’s word.

Most people are willing to live their lives without any real concept of God.  They are content.  They trust in themselves that everything is okay.

On this occasion I could see that my friend was struggling because he recently had a close encounter with death.  Not himself, but someone that he knew.  It wasn’t expected…  is it ever?  This man was under 40 years of age and he left a family to figure out how to go on without a husband and a father.  This man woke up one day not realizing this would be his last day on earth.  What a weighty and powerful thought.

Have you considered today could be your last day?  I doubt it; I know I didn’t think that this morning.  What happens when you die?  These are all questions we must consider now, while we are here on earth.

What will happen once you die?

I know what some of you will think, just like I used to think.  “Well I’m not that bad and surely God will overlook most or some of my sins.”

I’d like for you to consider that your sin and that my sin is an insurmountable debt.  One that is impossible for you to pay.   Let’s use an analogy of the financial mess this country is in of the debt you have incurred against God.

According to the White House, below are projected revenues and expenditures for 2013 without the bill approved to avoid the fiscal cliff:

According to the Congressional Budget Office, the bill voted on New Year’s Day actually adds $349,640,000,000 to the deficit this year, despite the tax increases.

Hard to get your head around all those zeroes? Why not remove seven of the zeroes after each figure and look at these numbers like it’s your household budget:

I know you are thinking that “my sin is really not that bad”.  I’m here to tell you your sin is that bad.  You are defiled, you are like raw sewage and in the deceitfulness of sin it’s impossible to see.

How many times have you lied in your life?  It’s estimated the average man lies six times per day.  That’s over 87,000 lies by the time you are 40 years old.

How many times have you had angry thoughts about someone that Jesus actually equates to murder?  See my article on murder.

Think about how often you’ve gossiped?  Must I continue on for you to see your misery or are you starting to get just a glimpse?

Sin has a cost.  It must be paid for.  The choice is easy.  You pay for it, or allow Christ to pay for it.  He already paid the price and now you must make a decision.

You can think that it’s going to be okay…

You can believe you are good enough…

James 4:6-10 But He gives more grace.  Therefore He says: “God resists the proud, but gives grace to the humble.”  Therefore submit to God.  Resist the devil and he will flee from you.  Draw near to God and He will draw near to you.  Cleanse your hands, you sinners: and purify your hearts, you double-minded.  Lament and mourn and weep!  Let your laughter be turned to mourning and your joy to gloom.  Humble yourselves in the sight of the Lord, and He will lift you up.

If this seems difficult to understand and it might even seem harsh I would ask you to consider what it meant for Christ to go to the cross?  He had to die a brutal death, endure the shame and punishment, take on the wrath of God to pay for the sin that you and I are incapable of paying for.  He didn’t deserve to die, but because of an incredible love He did it so some could be saved.

Upon your death you will stand before God and give an account of your life.  Today gives an opportunity to realize you are poor and destitute, unable to pay your debts on your own.

2 Corinthians 5:10 For we must all appear before the judgment seat of Christ, that each one may receive the things done in the body, according to what he has done, whether good or bad.

The “good-news”, the gospel says you don’t have to pay your debt because Jesus Christ has already paid the price.  Do you believe that?

What will you do?