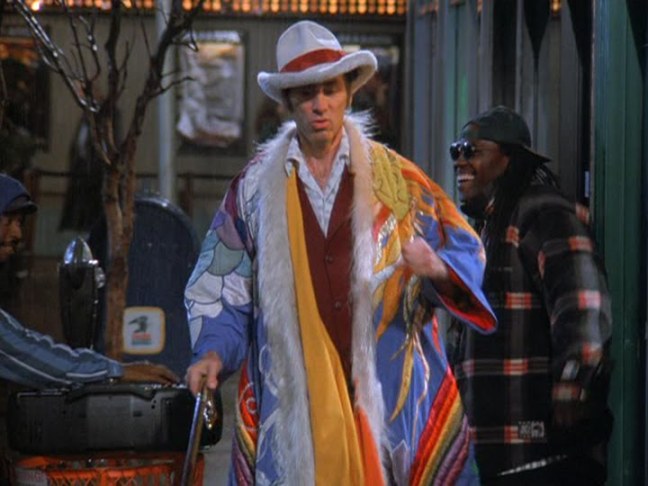 I work for a company like most people.  The majority of my life I’ve been a small business owner.  We had a very successful business and we sold it last year to big business.  In some ways achieving the “American Dream”.

It’s not my main point, just an, as a matter of fact, thing.

The Big Company has slogans, and reviews and goals and all the kind of stuff you can expect from a big company.  It’s a good place to work for the most part.  Of course, I’m doing what I’ve done for the past 16 years so nothing has changed in my daily responsibilities.

There’s a new term being tossed around from the “Big Guy”.  The company commander and chief coined a term that he wants us to use or live out.  It’s called Swagger.  Not to be confused with Swaggert, you remember that guy, don’t you?  We won’t go there today…

It’s a company priority for us to “swagger”.  I thought,”what does that mean?”

So like any normal person, I looked it up.

The first thing that I had to ask, “is this a noun or a verb?”  A person, place or thing, or an action word?  Hmm… I suppose it could go either way, but let’s assume it’s an action word.  A good old verb.  This company is built for action, so it makes sense. The possibilities are endless.

What does it mean to have “swagger”?

walk or behave in a very confident and typically arrogant or aggressive way.
“he swaggered along the corridor”
synonyms: strut, parade, stride, roll, prance;

So there it is.  That’s what it means to swagger.  First of all that doesn’t really interest me.  I hope I’ve never pranced before.  I hope I never prance.  But to be serious the very act of what this means is repulsive to me in so many ways.  Not because I’m too cool for this or too high and mighty.  But because I just don’t like it for the simple reason I’m a follower of Jesus Christ.  This is the antithesis of what Christ calls me to.

I don’t want to sound as though I’m making fun of my company, I’m not, but it’s not a Christian organization and it doesn’t view the world like I do.

I try and view all things through a biblical lens.  Christ calls us to a different way.  And although I appreciate my company, it’s always a good thing to have a job, I have a higher calling to Christ.

I’m not going to personally, or even figuratively, or metaphorically, walk around strutting.  It’s just not the way I’m called to live.  And while it might sound good in a company meeting it is a contradiction for me personally.

Have this mind among yourselves, which is yours in Christ Jesus, 6 who, though he was in the form of God, did not count equality with God a thing to be grasped, 7 but emptied himself, by taking the form of a servant, being born in the likeness of men. 8 And being found in human form, he humbled himself by becoming obedient to the point of death, even death on a cross. Philippians 2:5-8

Matthew Henry commenting on this passage says it so plainly.

Now what was the mind of Christ? He was eminently humble, and this is what we are peculiarly to learn of him. Learn of me, for I am meek and lowly in heart, Mt. 11:29. If we were lowly-minded, we should be like-minded; and, if we were like Christ, we should be lowly-minded. We must walk in the same spirit and in the same steps with the Lord Jesus, who humbled himself to sufferings and death for us; not only to satisfy God’s justice, and pay the price of our redemption, but to set us an example, and that we might follow his steps.