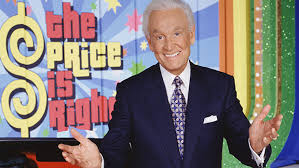 Can social media really have an impact on the lives of those around you?  I think yes is the answer but I have been contemplating by which method this takes place.  I’m writing from a Christian Worldview so I believe that is different than what most write from but I also know Christians that use social media “effectively” and those that just “use social media”…

I’ve personally run just about every gamut of social media that is out there and I must say I’m ashamed of the way I’ve used it at times.  I’m not ashamed of every instance and of all circumstances but I’m certainly ashamed of when I’ve not glorified the Lord Jesus Christ in my usage.  That might be my “over-use” where it has had a negative effect in my home such as spending too much time there, of course that was always in the name of “furthering the gospel” but it has messed some things up in my home.

Or it certainly could be that I’ve desired to win an argument…  Yes, I know we never really set out to win an argument it just happens right?  Especially us Calvinists…  if we just quote a few more verses I’m confident that I can win this guy over to see it my way.

Lately I’ve noticed more than normal what I’d call rants.  Someone wants to make a point so they sort of just yell it out there…  It sort of reminds me of Bob Barker and his famous or infamous, “get fixed” actually I think he meant for your dog or cat to get fixed but whatever  he meant he was sincere about his message and I appreciate that although as sincere as he was; sadly he was sincerely wrong about what really mattered.  He served the creature instead of the Creator as far as I can tell.

But what if our message is even correct, what if it’s a good message?  We can get a reputation or we can be well known for being truthful or being a good Christian but we can also get a reputation as being aggressive or intentionally inflammatory to make our point.  I’ve decided this is not the route I want to take.  Don’t misunderstand we need to discuss error and point it out.  Yes, of course but how often might be a good question.

I’ve traveled several roads in my Christianity and there is a delicate balance between always being harsh and being too soft.  I want to be balanced and I’ve only one place to look for this balance and that is the life of the Lord Jesus.  He walked it perfectly.  He always glorified the Father and He always spoke rightly a word in due season.  I’m not Jesus, but I sure want to be like Him.  At the end of the day I want people to know that they can come to Him if they will but humble themselves.  That forgiveness and salvation is available at the foot of the cross and Christ came to save sinners.  And I recognize that I am foremost.

The saying is trustworthy and deserving of full acceptance, that Christ Jesus came into the world to save sinners, of whom I am the foremost.  But I received mercy for this reason, that in me, as the foremost, Jesus Christ might display his perfect patience as an example to those who were to believe in him for eternal life.  – 1 Timothy 1:15-16

So let’s consider how we do that best and maybe some need to tone it down and maybe someone needs to ramp it up.  I guess that is for you to decide.