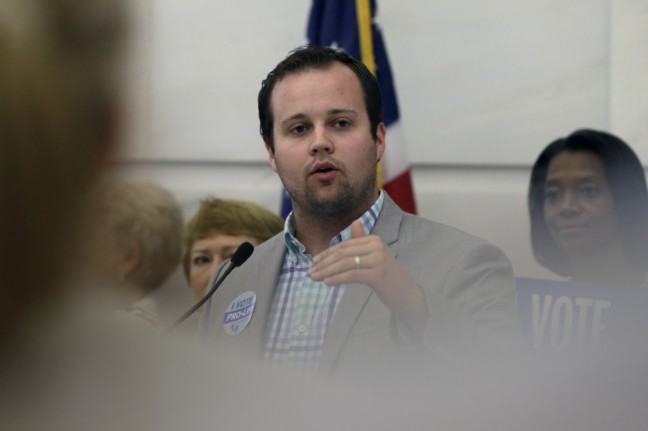 I rarely write about current events, but I think this is important enough to talk about, so today I will. The Duggar Family of 19 Kids and Counting has released reports of sexual abuse by Josh Duggar, the eldest son. The family never reported the situation until it had been discovered and then reported on by a news agency. I won’t dig into the should they have…, or the what should they have done scenarios…, because there are so many, I’ll allow the “experts” to comment on that side of things.

I write from a strictly Christian perspective, and I will tell you my family and I enjoy watching 19 Kids and Counting. It’s hard to find anything of any quality on television and this show attempts to bring decency to their message. This report of Josh is certainly disturbing and bothersome to me and to many that are fans of the family and program, as it should be. The reality is that rarely are things as they seem, and television is in the business of making things look good or bad, depending on what they want to show.

In no way do I approve or think what happened is right. The Duggars are part of a sinful world, and they are sinners by nature. We, just like them, are all under the wrath of an Almighty God outside of His regenerating work.

among whom also we all once conducted ourselves in the lusts of our flesh, fulfilling the desires of the flesh and of the mind, and were by nature children of wrath, just as the others. But God, who is rich in mercy, because of the great love with which He loved us, even when we were dead in trespasses, made us alive together with Christ (by grace you have been saved)… – Ephesians 2:3-5

One big problem I see in this whole situation is what I call an assumed salvation. I don’t know this family, so I don’t know the interactions the parents have with the children on a daily basis. I don’t understand, nor profess to know, how Jim Bob disciples his children.   They home-school, and do Bible studies, I assume they are members in good standing of a local church, according to what I see on the show. However, this does not make regenerate believers in Jesus Christ.

The danger for Christian families, and especially large Christian families, is that because they train their children to behave properly, unless their hearts have been changed they are only good looking little Pharisees. White-washed tombs, full of dead men’s bones. They look so shiny and pretty, but inside are full of corruption.

This is or was, clearly, the case with Josh. Was this something that brought him to salvation and recognition of his sin? Did this cause him to be broken, to weep, lament and mourn over his heinous offenses against a Holy God? I really don’t know. I hope it did.

The lesson I need to learn, and the lesson you need to learn from this, for our own children, is that we must preach the gospel to them.   I wrote last time about the salvation of our children, and it seems that the timing was well ordered by God’s providential plans. We have a role to play. Jim Bob and Michelle have the most important role to play in the life of their kids if they are truly saved. Spread good seed, preach the gospel, and trust God for the results.

We should never fail to teach to our children’s hearts, and show them how they can’t do it on their own. Whether it be something as repulsive as sexual molestation, or talking back to your parents, they need the gospel. All those beautiful little children need to know they need Jesus and they need the cleansing work that He did on the cross.

No matter how good it looks on the outside, or how much we teach the Bible, God must do a work in their hearts. If I could ever offer the Duggar family my tiny little speck of advice, I would call this situation exactly what it is.

It was not a mistake. It was sin.

It was so despicable and ugly to a Holy God that His Son was brutally murdered for it. He took the wrath that we deserve, He hung on that tree until it was finished. He did it so that sinful man has hope. He did it so you and I might be reconciled to the Father. Josh Duggar is a sinner, I’m a sinner, you are a sinner, and unless we repent and turn from our sin and confess Christ as Lord then we will pay for that sin eternally in hell.  Unless we’ve been washed by the blood of Christ then we are no longer seen as sinners, but as having the imputed righteousness of Jesus.

The offer of salvation is free to those that will come to Him. Let’s learn a great lesson from this and lift up this family in prayer that God would be glorified as He so richly deserves and perhaps someone will be saved I hope what the devil intended for evil, God intended for good.

And a warning to those that take some joy in this situation.

Proverbs 16:18 Pride goes before destruction, and a haughty spirit before a fall.

1 Corinthians 10:12 Therefore let him who thinks he stands take heed lest he fall.

We all need Jesus.

3 thoughts on “What Can We Learn From Josh Duggar?”