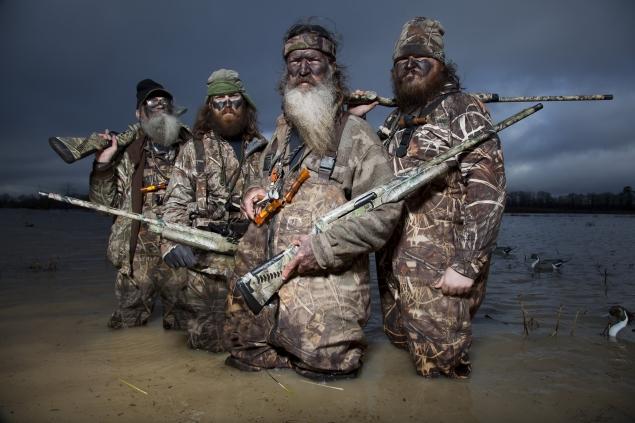 Warning:  The message contained below is a Biblical worldview.  If you wish to express disagreement do so with respect or you will be promptly deleted, if you wish to convince me of a contrary position, present Biblical truth or don’t bother.

There has already been so much written on this subject, that it almost seems hopeless to use my little blog to discuss it.  Yet I’ve had some observations that I want to put on paper, figuratively speaking of course.

The other night a friend sent me a text message asking me what I thought about it.  He and I discuss God quite a bit, although we have very different views on Christianity, he being Catholic and me being a Reformed Protestant.

I’ll get to my response later.

A&E has attempted to make a stand because they’ve responded to a very small segment of the population.  But let’s not be fooled, this segment is powerful in their voice and they will be heard.  They will be heard through any tactic necessary.  Even though very few people agree with them.

Let’s also realize the folks at A&E are in agreement with the aforementioned community and therein lies their predicament.

In order to appeal to their, I’ll call them their constituency; they must make a stand against Phil Robertson’s comments.  To not do so would certainly cause offense and backlash.  Would it have the same effect as the backlash now against A&E?  That’s arguable, but doubtful.  We need look no further than Chick-fil-A to see which group has more muscle.

The problem for A&E is that they’ve awakened a sleeping giant, ask Cracker Barrel how that worked out.  The much greater share of the population does not approve.  While most of these people are not truly regenerate, born again Christians, many profess Christianity and will agree to some extent that Phil Robertson is not totally out of touch with reality or “modern” America.

The last and most important predicament the brain trust at A&E has them in and it’s by far the most important; they are at enmity with God, I speak generally, because I don’t know any of them personally.

Phil Robertson has placed his trust in God’s word and God’s word tells us all mankind is under the wrath of God.  See Romans 1:18 through 3:20.

My response to my friend was as follows:

I affirm all that he said.  He spoke biblical truth quoting 1 Corinthians 6:9-11.  He probably could have been a little less crass in his description of the homosexual act, but he spoke truth.  It’s certainly a longer conversation than a text message if we were to dig deeper into sin and depravity and what it means to be at enmity with God vs. being at peace with God.  All unrepentant sin is an offense to God.  I would encourage you to read 1 Corinthians and Romans Chapters 1-5.  Let me know if you’d like to discuss.

This is crystal clear.  You can reject this, but there is no doubt what Paul is saying.  Homosexuality is no worse than adultery.  No worse than fornication (having sexual relations outside of marriage; that’s Biblical marriage, not a redefined marriage).    And so it goes… but let there be no doubt, it’s all sin and if you live in this lifestyle you will NOT inherit God’s kingdom.

But did you notice the good news?  “And such were some of you.”  We must understand that those who are changed by God’s word through the revelation of sin will be saved from the wrath of God.

What a glorious truth.  What a glorious hope for those in sin.  Many people will say his statements are judgmental or unloving.  No, I can’t imagine anything more loving.

The gospel is good news, do you believe that?  Jesus came to earth and lived the perfect life that you and I are incapable of living.  He went to the cross to save those who would believe in Him.  He saved us from Himself.  The Son of God became man, to save Believer’s from God.  What an incredible act of love.

Philippians 1:15-18 Some indeed preach Christ even from envy and strife, and some also from goodwill:  The former preach Christ from selfish ambition, not sincerely, supposing to add affliction to my chains; but the latter out of love, knowing that I am appointed for the defense of the gospel.  What then?  Only that in every way, whether in pretense or in truth, Christ is preached: and in this I rejoice, yes, and will rejoice.

One thought on “Why is A&E in such a predicament over Duck Dynasty?”