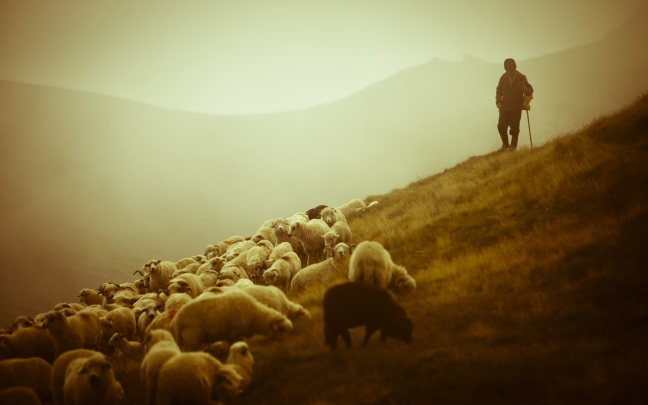 Author note: This will be a three part series that I will intermingle with my regular posts over the next few weeks.  I will do my best to give some parallels and hopefully an application for life as Christians.

Do you read the Old Testament with an eye on Christ?  It’s important that Believers study the Old Testament and look with a broader view of how it all points to the Lord and His coming.  He was promised to the Jews as their King yet most missed Him.

Most still miss Him today.

It’s important to see how the entire Bible is consistent and how God has purpose in every word that is written and more importantly it all points to Christ.  It’s this lack of understanding and this denial of the truth that leads people to deny the authority of Scripture.  It allows atheist’s to misunderstand, misapply and take things out of context, so they can deny God.

Most Christians know and understand the prophecies of Christ in passages such as Isaiah 53 and Psalm 22 these are very clear but have you seen Christ revealed in pages of the Old Testament at nearly every turn of the page?  Today I want to look at a foreshadowing of Christ as contained in the pages of Exodus chapter 3.

Moses had fled from the glories of Egypt where he had been a prince of the people.  He had a life of great responsibility and pleasure.  He was a ruler and authority over a great kingdom where he had spent the first forty years of his life being groomed to rule over all of Egypt.  Now Moses is a simple shepherd tending to a small flock.  Do you see the similarities that Christ left His heavenly throne to come to earth and live among man?

What was the purpose of God having Moses as a shepherd for forty years?  That’s a long time.  Think of the trials you’ve faced and the times you thought they’d never end but forty years is a long time to be trained by God.

Spurgeon commenting on this time in the wilderness:

It must have been a great change for Moses, after forty years in the court of Pharaoh, to be spending another forty years in the wilderness. But it was not waste time; it required the first two periods to make Moses fit for the grand life of the last forty. He must be a prince, and he must be a shepherd, that he might be both a ruler and a shepherd to God’s people, Israel. He must be much alone; he must have many solitary communings with his own heart; he must be led to feel his own weakness. And this will be no loss of time to him; he will do more in the last forty years because of the two forties thus spent in preparation. And it is not lost time that a man takes in putting on his harness before he goes to the battle, or that the reaper spends in sharpening his scythe before he cuts down the corn.
There is nothing dishonourable about common trade, and matters of business at all. Here is a shepherd, who keeps his flock, and God keeps him and reveals himself to him. When God wants a man to lead his people he seeks for him not among idlers, but busy, active men, and God was pleased to show himself more to Moses as a shepherd, than he had ever shown himself to him as a prince in Egypt. I find no glowing Deity in the halls of Pharaoh, but I find the consuming fire manifested in the lone wastes of the desert of Sinai.

Exodus 3:7 And the LORD said: “I have surely seen the oppression of My people who are in Egypt, and have heard their cry because of their taskmasters, for I know their sorrows.

Can we clearly see the relation God has with Moses and His people?

Can we see the relation between Moses and Christ?

God’s people are oppressed by sin and their inability to break the bonds of slavery.  God’s people need to be delivered.  They need a Savior.  The children of Israel and those that will be redeemed today still need a Savior.

Are you in bondage to your sin today?  If you are a Believer do you need to be delivered from a nagging sin you just can’t shake?  If you’ve never seen the ugliness of your sin and you don’t even know you are a slave do you realize there is a solution?

Jesus Christ is a High Priest and was tempted in all the same ways as is common to man.

Hebrews 7:26-27 For such a High Priest was fitting for us, who is holy, harmless, undefiled, separate from sinners, and has become higher than the heavens; who does not need daily, as those high priests, to offer up sacrifices, first for His own sins and then for the people’s, for this He did once for all when He offered up Himself.

The only solution is turning to Christ.  Turn to Him and be delivered just as the children of Israel followed Moses out of the bondage of slavery to Egypt there is a solution for the sins that are keeping you from the Promised Land.  Christ is that solution.  Turn to Him and live or die in the wilderness of your sin.